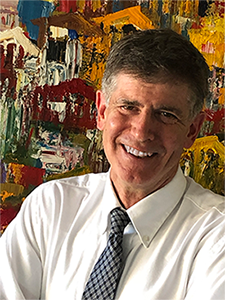 John concentrates his practice in the areas of business, construction and insurance litigation, as well as representing individuals and companies in criminal cases and in relation to government inquiries and enforcement actions. John has successfully tried a diverse range of cases including insurance, construction and contract disputes and criminal matters. John’s commercial litigation work includes representing companies in a wide variety of business sectors such as construction, manufacturing, financing and software. He has assisted closely held entities in state and federal contract and bidding disputes, claims for monies owed, and contract disputes with general contractors, subcontractors, vendors and owners. John also has litigated insurance coverage matters, representing both insurance companies and individuals. In addition to his civil litigation practice, John has successfully represented individuals and companies under government investigation or formally charged with crimes or civil regulatory violations. John also handles both criminal and civil appeals. Along with his privately retained criminal defense work, John previously served for many years on a panel of private counsel qualified to accept appointments from the state public defender’s office (CPCS) to represent indigent defendants charged with first degree murder. Since 1998, John has been a clinical instructor at Harvard Law School, where he is currently a Senior Clinical Instructor and a Supervising Attorney for the Harvard Prison Legal Assistance Project. John is also a Major in the United States Army Reserve. In 2013 he was deployed to Afghanistan for an active duty tour. Within a few weeks of the end of his tour and returning from duty in Kabul he wrote and filed an appellant’s brief in the state Appeals Court and tried a construction case to a successful verdict in the state Superior Court. John has been a member of the Massachusetts bar since 1987 and is admitted to practice before the United States District Court and the United States Court of Appeals for the First Circuit. John received his B.S. degree in Education from the University of Michigan in 1983 and his J.D. degree from Harvard Law School in 1987. After graduating from law school and before entering private practice, he served as a law clerk for the Supreme Judicial Court of Maine for a year and as a trial attorney for CPCS for the next five years. John has received an AV-Rating from the legal guide Martindale-Hubbell.