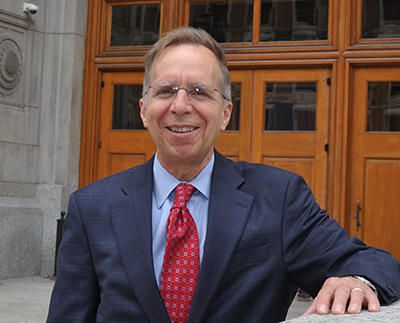 Peter concentrates his practice in the areas of business and commercial litigation and employment law. He represents businesses and executives operating in a variety of market sectors including engineering, construction, design and fabrication, ground transportation, food service, and technology and business consulting, providing counsel on litigation, employment, and day to day legal matters. Peter’s business and commercial litigation experience includes representation in actions involving claims of breach of commercial agreements such as business broker, software reseller, sales commission, and commercial leases, shareholder breach of fiduciary duty, misappropriation of trade secrets, breach of a non-competition agreements, and unlawful shareholder freeze out. Peter counsels clients on various employment issues including termination, discrimination, retaliation, and wage and hour laws, and he provides representation on charges of employment law violations before Federal and State administrative agencies and courts. Peter’s trial work has involved a range of subjects and claims, including construction negligence, employment discrimination, shareholder breach of fiduciary duty, breach of duty of loyalty, unfair business practices, breach of lease, breach of contract and personal injury.

Peter has received an AV Rating from the legal guide Martindale-Hubbell.

Since 2016, Peter has served, by appointment of the Massachusetts Board of Bar Overseers (BBO), as a volunteer Hearing Committee Member in disciplinary cases brought against individual attorneys by the Office of Bar Counsel. Hearing Committees are fact-finding tribunals in disciplinary proceedings, and as such they hear testimony, take evidence, make adjudicatory rulings, and prepare a written report and recommendation to the BBO. Peter has sat on and acted as Chair on a number of these tribunals.

Peter is a member of the Boston Bar Association (Business and Commercial Litigation, and Labor and Employment Sections).

Outside the practice of law, Peter is active in his local town government.

Since 2003, Peter has served as an elected Town Meeting Member for the Town of Needham.

After graduating from law school, Peter served for a one year term as a law clerk to the Superior Court of New Jersey.

After graduating from college, Peter spent a two year period working as a VISTA Volunteer and Community Organizer.